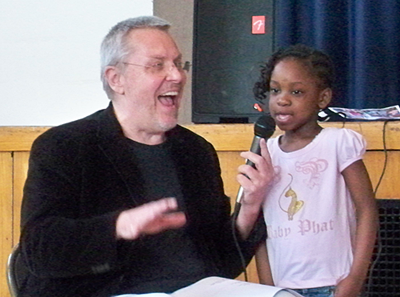 The Imagine Project, Inc. was founded in 1992 by Bill Bartlett under the auspices of The Creative Arts Team of New York University. Since then we have worked in over one hundred schools in the New York City / New Jersey area.

Founder Bill Bartlett created the Imagine Project to fight what he saw as a growing disipation of those energies in kids awash in electronic media like television and computers.

Bill Bartlett is a New Yorker. He attended Tufts University and graduated from American Academy of Dramatic Arts where he was a teacher/ director for many years. He continues his career as an actor and director while guiding The Imagine Project as we celebrate of our fifteenth year of incorporation. Bill has two grown daughters, Alison, an actor, and Holley, a musician and the Music Director of The Imagine Project.

Bill believes with all his heart in the power of love and art to overcome all obstacles. Being human, he does not at all times act on this conviction.

Nikki Ghiselle Nikki has been with Imagine Project for over ten years. She studied with Bill Bartlett at the American Academy of Dramatic Arts and did her high school internship with us. Nikki can be seen as a regular on the primetime series “Starved”.

Alison Bartlett began her career on Broadway opposite William Hurt and Candice Bergen in Mike Nichol’s production of “Hurlyburly”. She has appeared for many years as Gina on “Sesame Street” and was seen in season five “The Sopranos”. 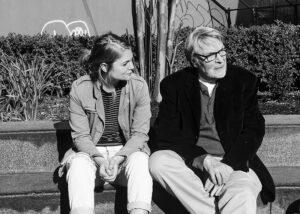 Bill with his granddaughter Brianna.